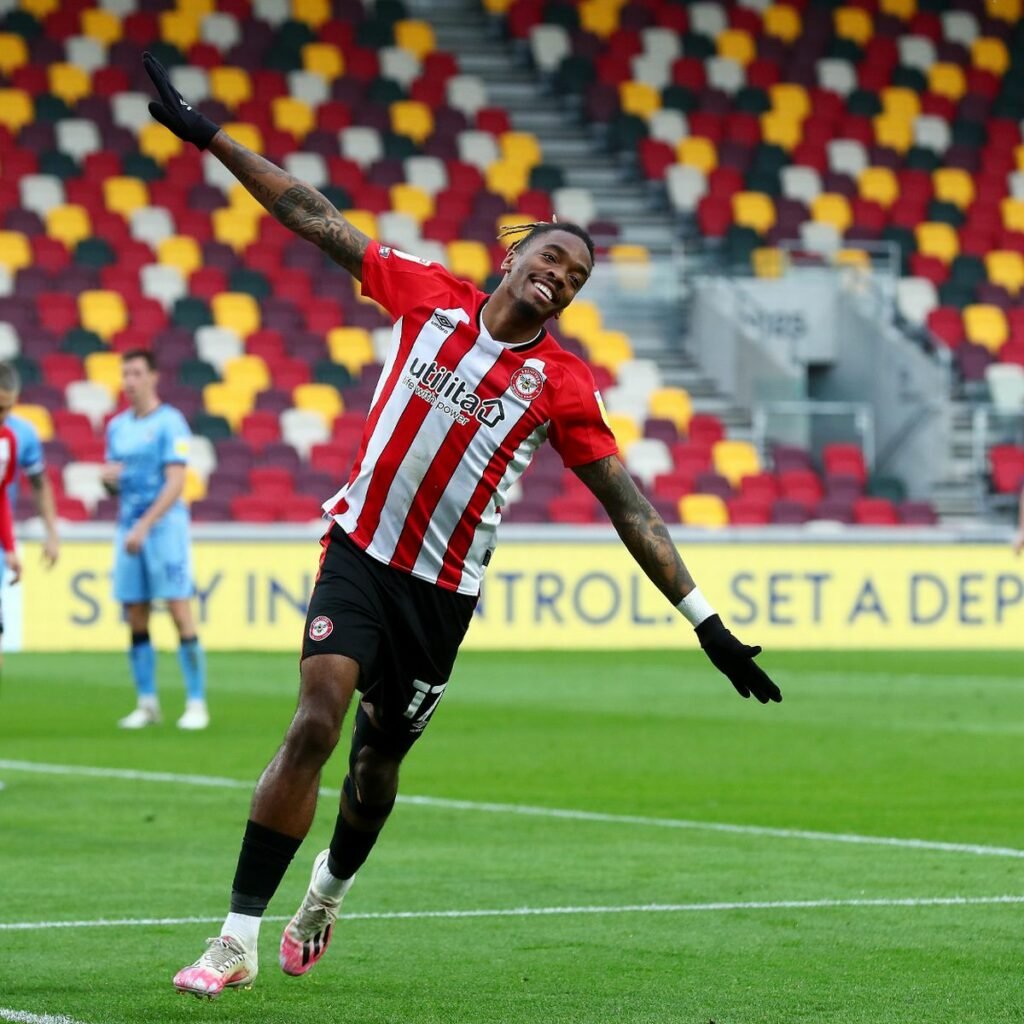 Brentford’s Ivan Toney has become another striker on the list of potential West Ham targets this summer.

The 25 year old has a contract with the Bees until 2025 but after scoring 29 goals in 47  games this season is now on the radar of several top clubs.

We understand the Hammers have been talking to the player’s representatives for the former Peterborough United and Northampton Town striker.

He joined the Bees last season after scoring 40 goals in 76 appearances for the Posh and  director of football at London Road Barry Fry revealed recently that he had recommended the player to his former Birmingham City chairman David Sullivan.

Instead Brentford came in and signed the player who is now attracting the attention of several Premier League clubs which are believed to include Everton, Leeds, Wolves and Palace.

However, all five clubs could miss out if the Bees are promoted to the Premier League and they currently sit in third place.