Hammers legend to be father again 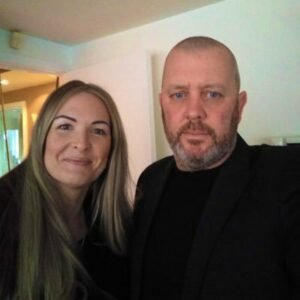 Hammers legend Julian Dicks is expecting his third child in August his partner Lisa has revealed.

Lisa revealed on social media  “It’s official. Me and Julian are expecting a girl. Looking perfect and all. Looking forward to August With these two big sisters to take after, she’s gonna be just fine Jessica Dicks & Kattie”

Julian has two grown-up twin daughters from his first marriage to Kay but this will be his first with Lisa.

The 51-year-old former player is working at Championship side West Bromwich Albion with Slaven Bilic.

Dicks spent two spells at West Ham, playing for the Club for ten years before finally saying goodbye to the pitch in 1999. Save for a season with Liverpool, Dicks was a consistent figure in the Irons’ line-up, so much so that he’s in the top 30 players when it comes to West Ham appearances.

Dicks featured in 326 matches for West Ham, putting him level with Tony Cottee. Only 27 other legends have played more times for the club, including Billy Bonds, Bobby Moore, Trevor Brooking and current captain Mark Noble.

One comment on “Hammers legend to be father again”