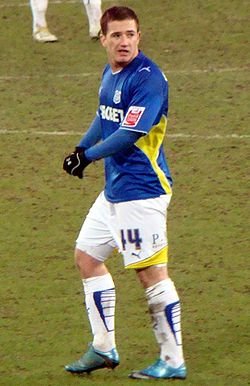 West Ham are still eyeing Leeds United striker Ross McCormack as manager Sam Allardyce seeks to build up his attacking options ahead of next season.

Allardyce spoke recently of needing a player who can double up as a striker/winger and McCormack fits the bill.

However, even were the under-pressure manager to leave the club, the 27 year old Glaswegian is a player who would remain very much on the club’s agenda.

With the Yorkshire outfit suffering a disappointing season, ClaretandHugh has learned that the player is keen to move on and the Hammers have left all negotiating doors open.

We made a £4 million bid in the winter window and there wasn’t sufficient time left to get down to hard bargaining.according to a club source.

He told ClaretandHugh exclusively: “We were careful to keep all doors open with Leeds in the summer. when they wanted £5 million.”

Allardyce has been looking for a striker/winger since last summer and we understand that he remains very keen on McCormack.

He was also included in the Championship Team of the Year, and Crystal Palace also credited with an interest in the star.