Sam or Ravel …a Hammers dilemma

Posted by Sean Whetstone on April 30, 2014 in Whispers 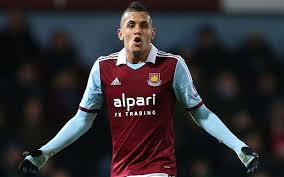 If reports in the Sun today are to be believed today, the board must soon make a decision between retaining the services of Sam Allardyce or Ravel Morrison.

The article suggests the Hammers need to change manager to have any real chance of Ravel signing  for the midfielder to a new long term contract.

If true this leaves an interesting financial dilemma between the £3m compensation the board would need to pay Allardyce for his remaining 12 months of his contract versus the increased book value of Morrison resigning a long term contract with West Ham.

It could be argued that the financial rewards of re-signing Ravel  with a view to later sell him to a top four club would far outweigh the compensation due to Big Sam.

After all Harry Redknapp shas suggested that one day the boy could top Gareth Bale’s £85m word record transfer fee.

Ravel with just 12 months left on his contract would almost definitely be sold in the summer if a new deal could not be agreed.

West Ham paid just over £1m in fees and bonuses to Manchester United but could expect no more than £4m with 12 months remaining on his contract.

*ClaretandHugh wants your view – who should we keep if push came to shove…Sam or Rav? LEAVE YOUR VIEWS ON THE FORUM