Posted by Dave Langton on January 16, 2022 in News, Whispers

West Ham were stunned by an injury-hit Leeds side on Sunday as Marcelo Bielsa’s side managed to win 3-2 at the London Stadium.

It was an absolutely enthralling game of football that ebbed and flowed with both sides looking to attack what appeared to be weak defences. 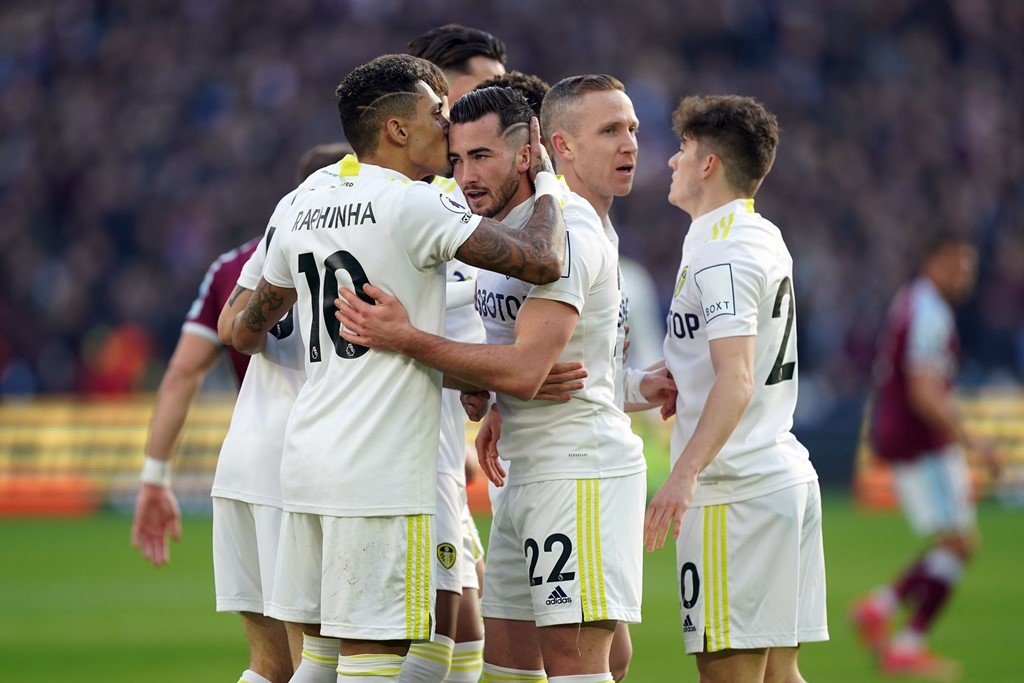 The Hammers fell behind twice and twice fought back but it was a hat-trick from Jack Harrison that proved decisive in the game.

Harrison scored his first after nine minutes, as Aaron Cresswell failed to deal with a ball down the right flank and Raphinha put in a cross for Mateusz Klich, whose shot was saved. The ball fell to Adam Forshaw, and he played it back to Harrison, who finished coolly.

Leeds were then rocked by a double injury blow as both Forshaw and Junior Firpo were forced off and replaced by inexperienced teenagers from the academy.

It was inevitable that Jarrod Bowen would get on the scoresheet and he equalised on 33 minutes, heading home a corner after some intense Hammers pressure.

Parity lasted less than five minutes, as Harrison scored a second from a Leeds corner, ghosting in at the back post after giving Cresswell the slip and pushing the ball over the line.

In the second half, the game continued to flow and Pablo Fornals equalised with a slick finish after some exceptional dribbling on the edge of the box.

But Harrison would not be denied and scored again, as Nikola Vlasic gave the ball away after a hospital pass from Issa Diop, and Raphinha found the winger, who finished superbly.

Klich then thought he had added a fourth when he finished another Raphinha pass but his goal was ruled out after it struck the offside Rodrigo.

Leeds could not keep the ball in the latter stages and the Hammers did build up some real pressure, leading to one last opportunity.

In the very last minute, Bowen had a golden chance to equalise again, but somehow he chested the ball over the bar from three yards out.

It was an absolute sitter; how important could that miss be come the end of the season?!