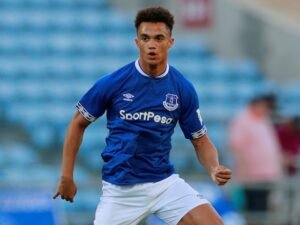 West Ham is claimed to be tracking the situation with Wigan’s Antonee Robinson who has returned to training after undergoing treatment on a heart issue detected during a failed transfer to AC Milan in January. The 22-year-old defender was poised to make a seven-figure move to the Serie A side, only for an irregular heart rhythm to show up during his medical.

He has since had further tests and treatment and returned with his doctors telling him he doesn’t require further medical procedures.

Robinson’s return to football comes after months of treatment with the Championship club’s medical staff and an independent cardiologist.

In March, it was revealed that the former Everton trainee was planned to undergo cardiac ablation to fix the issue detected in his heart.

Robinson joined Wigan from Everton Academy in July 2019 for £2m on a three-year contract.

A report in the Sun newspaper today by Alan Nixon claims Slaven Bilic and David Moyes are tracking the player’s possible availability this summer.