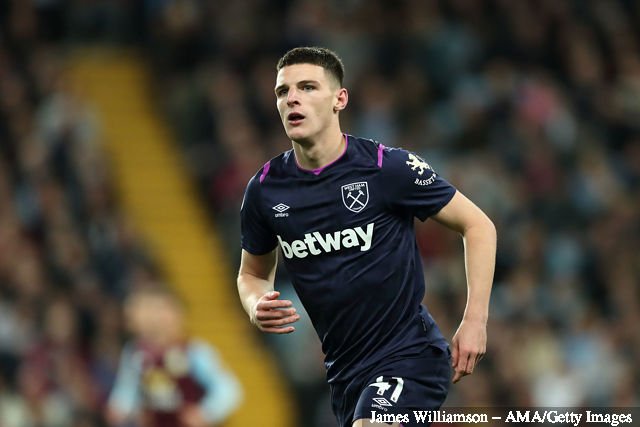 West Ham have had no firm offer or enquiry for Declan Rice despite regular reports to the contrary and it’s hugely unlikely that he will be leaving this summer.

Chelsea are the only club half interested but they will need to offload players this season to get anywhere near the £70 million fee wanted by the Hammers.

Roman Abramovich is understood to have made it clear to boss Frank Lampard that he will need to sell to buy and in a flat market the Chelsea boss – like all others – is unlikely to get what he is looking for for any of his players.

And the Irons have no intention of dropping their price on a player who this time next year could even be worth another £10 million or more.

With the megabucks spending days behind us, the Hammers will certainly not be lowering their price but instead wait for the game to recover financially before selling.

A highly placed London Stadium source told us by e-mail: “We’ve said before he’s the last player we would think of selling. There have been no inquiries and were there to be they would be knockdown bids.

“We aren’t going there when his value can only rise and rise over future seasons should a deal ever be on.”