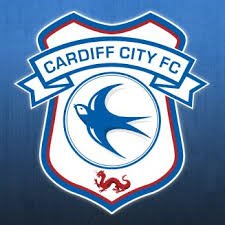 The Hammers go into this evening’s Premier League clash against Cardiff widely expected to grab back to back wins after the win at Newcastle.

Even Mark Lawrenson grudgingly admitted we had “one of their good days” at the weekend and as a result presumably tips us for a 2-0 win.

Commenting on  the BBC Sport website. he said “West Ham had one of their good days at Newcastle on Saturday, with Felipe Anderson continuing his excellent form

“Cardiff’s win over Wolves on Friday night was a brilliant result for them, but they are another team who have been struggling on the road, taking only one point from six matches.”

Paul Merson – predicting the game on Sky Sports – said: “It was a great result for West Ham at the weekend at Newcastle”

“I’d expect them to follow that up with a win against Cardiff at the London Stadium despite not usually playing great against the lesser teams. Manuel Pellegrini’s side normally save their best for the bigger teams.

We too would expect a win despite City being a big and typically well organised Neil Warnock outfit but Merson has a point about reserving our form for the better teams of course.

However, both the boss and skipper Mark Noble along with senior pros, Zaba and Lukasz Fabianski are now resulrly demanding that nothing is taken for granted against so called lesser teams.

That should be enough – along with the growing influence of Felipe Anderson to ensure that the Irons are bang on the case tonight.

The boss has hinted heavily that Jack Wilshere will return and Zaba himself may be rested with Michail Antonio taking over at right back.

With the third game in eight days coming up against Palace on Saturday changes look an absolute certainty as the club set out on a run of games which could set them on their way to a big top half finish this season.