Posted by Dave Langton on January 7, 2023 in News, Whispers

West Ham youngster Armstrong Okoflex will not be going out on loan again after returning to the club from Swansea City.

The forward was sent to the Welsh club in the summer but struggled for minutes at the club, making a total of 13 appearances, with just one start. 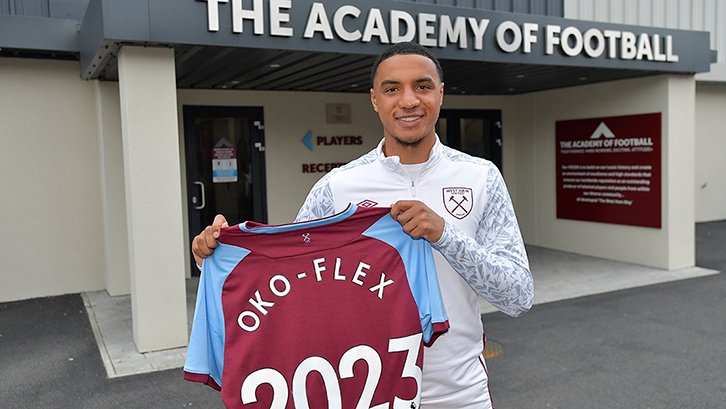 Okoflex did not manage to score while on loan at the Championship side and is now set to return to the U23s at the London Stadium, with a view to challenging for a first-team berth.

As per Football.London, Okoflex has already played for both the Hammers and Swansea this season – he played for the Irons in the Europa Conference League – and, as a result, transfer rules prohibit him from moving again and playing for a third side.

It means Okoflex will have to wait until the summer for another loan move.

He has been prolific for the youth teams and has scored 13 goals in 27 games for the Under-21s.

← Report: Irons could go back in for long-term target
Moyes names strong FA Cup side →
Click Here for Comments >