Never a better time to lose to Newcastle 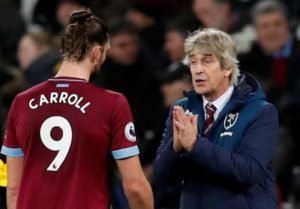 Newcastle sits just one place and one point above the relegation zone in 17th place in the Premier League, their manager Steve Bruce is already under pressure and not a popular choice among the fan base while the owner Mike Ashley remains ass popular as ever.

On paper, West Ham should dominate and overcome the Magpies but heard that all before against Crystal Palace and Sheffield United.

Such is the closeness of the middle and lower parts of the Premier League table that an away win could put Newcastle 11th just one point behind West Ham in 10th spot currently.

As West Ham fans we try to be eternal optimists but experience has made us pessimists after years of disappointment.

Confidence is at a season-low for players and supporters so no-one is expecting this to be an easy walkover.

A loss today would seriously heap pressure on Manuel Pellegrini you know the script, West Ham will miss chance after chance and it remains goalless for the majority of the game, in steps Andy Carroll from the Newcastle substitute bench to score the winner in injury time to pile more misery on the Hammers.

4 comments on “Never a better time to lose to Newcastle”