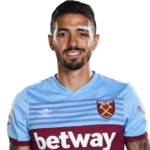 Twenty four hours after you first read it on ClaretandHugh the official site has confirmed what we have already told you regarding Manu Lanzini and Mark Noble.

Both were injured yesterday with the captain coming off in the first half and the midfielder being stretchered off late in the second half.

As we revealed, Manu will go into surgery tomorrow whilst Mark will receive a scan to see the extent of the problem on his injured ankle.

although the injury sometimes takes up to 12 weeks to heal.

Meanwhile Lukasz Fabinski could be back after Christmas and the manager will be hoping for more central defensive reinforcement via the return of Winston Reid who is now off to join New Zealand’s international week.

Michail Antonio is now recovered and set to rejoin the squad this week at Rush Green.