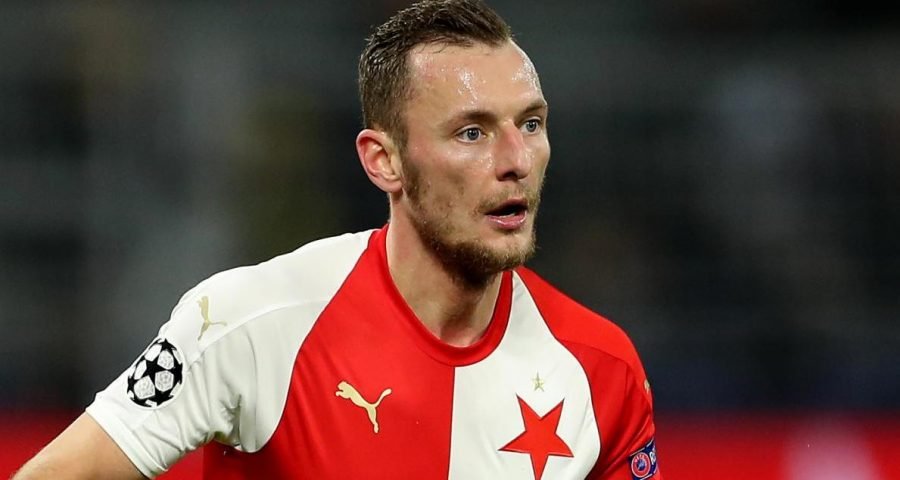 West Ham are interested in the Slavia Prague right-back Vladimir Coufal after confirming that Ryan Fredericks will be out until after the international break with a hamstring injury according to Jacob Steinberg in the Guardian.

The Daily Mail adds that West Ham are discussing a possible £4million deal for Slavia Prague right back Vladimir Coufal.

The 28-year-old Czech Republic international and former team-mate of West Ham’s Tomas Soucek was part of the Czech side that beat England 2-1 last October in the European Championship qualifiers.

Coufal has had a couple of seasons at Slavia Prague and has thus won two successive league titles.

Moyes will clearly have received recommendations from Soucek on Couval ahead of making a possible move and at the price, it seems reasonable that could happen.

The Hammers now have a good relationship with the Czech league club as a result of the Soucek deal and that would ease negotiations.

Couval is said to be keen on joining his former teammate at the London Stadium where he could advance his international career by joining a Premier League club alongside a player who knows his game well.

Coufal initially joined Slavia Prague on a three-year contract in the Summe of 2018 for an estimated fee of €700,000.

Couval did extend his contract for another four years in August this year until 2024 but Slavia Prague would be prepared to do a deal if the price was right for both parties.

19 comments on “Report: Hammers remain interested in Czech right back”