Rayo Vallecanoright-winger Adrián Embarba is another name that has been linked to West Ham this week. 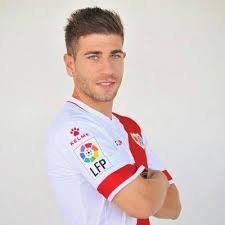 The report from Spanish daily sports newspaper Mundo Deportivo suggests Leeds United have offered Espanyol 9 million euros for the 27-year-old.
The article goes on to say that Leeds are not alone and that Norwich City and  West Ham are both admirers and are monitoring the situation.

Wmbarba’s current form has alerted La Liga duo Real Betis and bottom club Espanyol. The 27-year-old was touted with a move to Real Betis following Vallecano’s demotion in the summer of 2019, but a reported €5m enquiry was turned down for Embarba, who is now approaching the final 18 months of his current deal.

Embarba was one of Vallecano’s shining lights in their relegation season, scoring five goals and six assists, and topped that in 2017/18 as Vallecano won the Segunda Division title, notching eight times and weighing in with 13 assists. So far this season, Embarba has scored 7 goals and made 10 assists in the 21 games he has played.

7 comments on “Report: West Ham are admirers of Espanyol winger”