Sad Sinclair in another Hammers tirade 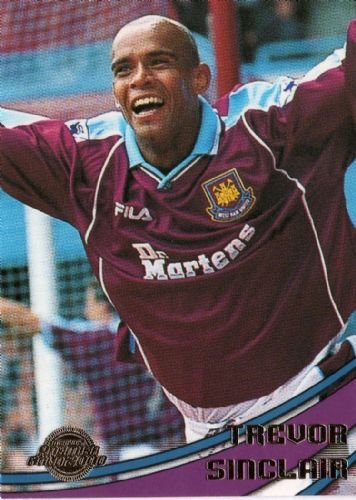 Former Hammer Trevor Sinclair is baffled as to why David Moyes didn’t sign a striker in January.

The former West Ham player told Jim White on talkSPORT: “You’ve made your bed, for me, and I go back to the striking options. As we already know, there is history in this. Michail Antonio; he struggles to play every game, especially with the fixture pile-up we have got now and he wasn’t able to make the squad for the night. When he isn’t playing, then who plays? It’s one of the most difficult positions to learn and master on the pitch.

“It’s alright saying I am a forward, but actually playing that No.9 role when you have to hold the ball up, bring other players into play, you’ve got to know when to stretch the opposition at times to give yourself a chance to get out.

“If the ball is bouncing off you and you are giving possession away, you just don’t have a foothold in the game.”

David Moyes had money available to spend but decided the quality on offer for his budget was not good enough. He also decided against dipping into the foreign loan market instead of going for Jesse Lingard hinting he could play in a false nine formation if required. The manager makes the decisions and we should back him, Sinclair never seems to have anything nice to say about West Ham these days nor are we ever aware that he has ever managed a club – of any note anyway. He doesn’t seem to like the owners and now he appears to be criticising the manager.  Perhaps he is bitter that he has not been offered an ambassador role or work with the club. He seems to like the sound of his own voice which is all he appears to have on offer as he regularly uses the media to criticise. Sad!

23 comments on “Sad Sinclair in another Hammers tirade”