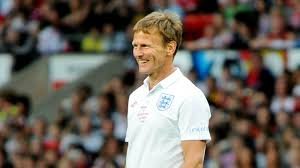 Teddy Sheringham is excited at what he’s seen from Diafra Sakho in training!

The Irons attacking coach has had a close up look at the new signing from Metz and very much likes what he sees.

He told the London Evening Standard: “Diafra Sakho has impressed in the short time we’ve had to work together since he arrived. He knows where the goal is and does the right things at the right times.”

Sam Allardyce has often expressed his frustration at the failure of his strikers to find the target but Sheringham believes  there’s goals in the front men.

He said: “Enner Valencia looked like a pocket dynamo when he came on against Spurs and I like that in players. Mauro Zarate has a lot of quality as does Carlton Cole.

“I like Elliot Lee as well. He might be a little young but I like the way he scores and his awareness around the box. And that’s without mentioning Andy Carroll who will be back in a few months.”