The truth about West Ham’s attendances

Posted by Sean Whetstone on January 9, 2017 in News, Whispers 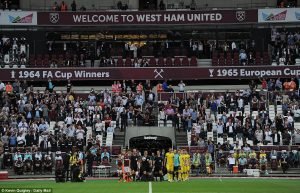 West Ham publish the official attendance and tickets sold after every game but the number is different to how many supporters actually turn up and go through turnstiles for matches.

There have been visible gaps around the London Stadium all season which have had many asking  caused many to ask where the missing thousands are and why are they not turning up to Premier League matches.

The club and directors have claimed on social  media  it is because of 9,000 seats not being used in the 66,000 seater stadium but supporters don’t buy this as the majority of those seats are screened off.

Through a freedom of information request to Newham council for minutes of the Safety Advisory Group, Claretand Hugh has uncovered the true attendance  of the early matches which is often many thousands less than the official sellout figures released.

In another Freedom of information inquiry Newham revealed how many free tickets have been given away to local residents.

West Ham v Domzale in Europa League.  1,739 tickets given away

West Ham v Astra in Europa League 1,502 tickets given away 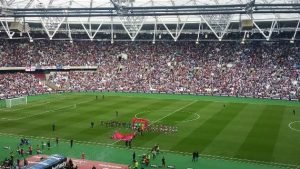 The thousands missing each game is a spectator problem and questions  need to be asked why so many of the season ticket holders bought seats which have no intention of using.

The games listed above did not have the option of Ticket Exchange but similar gaps have been spotted at more recent Premier League games indicating it remains a problem.

The question is whether season ticket holders have a moral obligation to put their unused tickets on sale on the club’s Ticket exchange to allow others on the reported 52,000 waiting a chance of watching West Ham. Some will say it is my seat, I bought it, I can do what I want with it but that is a selfish view in my personal opinion.

32 comments on “The truth about West Ham’s attendances”