Sam to JT: “Having a drink makes no difference”

Posted by Sean Whetstone on October 3, 2014 in News 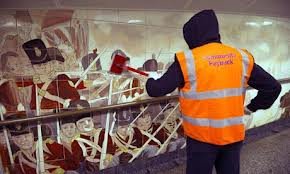 Sam Allardyce has confirmed James Tomkins will be doing work in the community  following his guilty plea last week for assaulting a police officer.

“He’ll be doing some community work. The bottom line is he shouldn’t have got himself in that situation and he should be acting with more responsibility.

I don’t take kindly to a lack of discipline on or off the pitch. I think it’s irresponsible and unacceptable. A player represents himself and his club.

Whether he had a drink or two makes no difference. So he’ll be doing some community work for us. It makes more sense, and is more effective as a West Ham boy, to be doing community stuff.” said Sam during his pre match press conference this morning when asked what action have you taken against James Tomkins?

← Sam: “This is almost a six pointer”
Late tests for Irons duo →
Click Here for Comments >