Collinge revealed that Chicharito, Felipe Anderson and Aaron Cresswell could all play some part at Das.Goldberg Stadion after a strong week of training in Kitzbuhel. 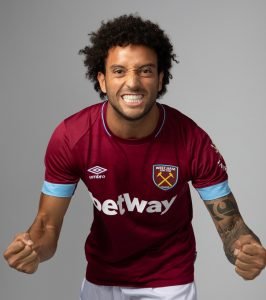 ’s been a good week in a fantastic location for us with a good training venue and a good workout against Mainz on Tuesday night,” said Collinge. “We came through the game unscathed from our side and with good match minutes for Jack Wilshere and Michail Antonio.

“We were cautious over Felipe Anderson for the Mainz game and Aaron has been working hard this week back on the training pitch, so we are hopeful both, along with Chicharito, could play match minutes on Friday night.

“It’s pretty much a clean bill of health out here in Austria and long may that continue.”

One player who will not feature against Angers, but is not far away from a return to full training, is Ukraine forward Andriy Yarmolenko. “We are just managing a hip and thigh issue with Andriy, but we fully expect him to be training next week and ready for Anfield,” 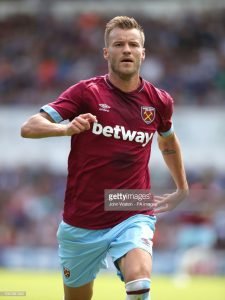 Collinge confirmed. “We want players to train hard in pre-season, but we also have to respect their injury histories to ensure they are fit and raring to go for the season. We have been creative, so that’s involved work in the gym, working the pool and he’s running in straight lines and doing mobility work at the training ground so we are getting his heart and lungs working effectively and he won’t lose that conditioning element. He will be back at Rush Green over the weekend to ensure he is back with the group next week.”

“Manu is doing well. It’s seven weeks today since he had his anterior cruciate ligament surgery in Barcelona and he is getting his strength back and movement going on the bike. Certainly these initial seven weeks have gone well, so we are hopeful that within three to four months, he will start some very light running.

“You’ve got to make sure that the muscles are conditioned because they are like shock absorbers for your knee. If you go out running and the muscles are not working – your quadriceps and hamstrings, in particular – then you’re exposing your knee and cruciate ligament graft to more stress. We have to make sure the knee is calm and quiet and there is no swelling. The consultant is happy with the progress. Manuel is in Spain with the therapist there and we have a member of staff regularly visiting him, with a view to returning to Rush Green over the next few weeks.”

Collinge also briefed on the injuries to Andy Carroll (ankle surgery) Jordan Hugill (hamstring tendon strain) and Winston Reid (knee surgery).“Andy and Winston’s surgeries both went well and they are doing rehabilitation work with one of our physiotherapists, Fraser Young, and rehab fitness coach Eamon Swift. Again, we’re being creative as we’ve got to respect the post-surgery period, then they’ll be back on the bike and in the pool building up their fitness levels.

“Jordan was unfortunate as he twisted his knee when the ball hit him on the end of the foot as he blocked a shot. He’s running in a straight line and making progress at Rush Green.”