Posted by Sean Whetstone on April 19, 2020 in News, Whispers 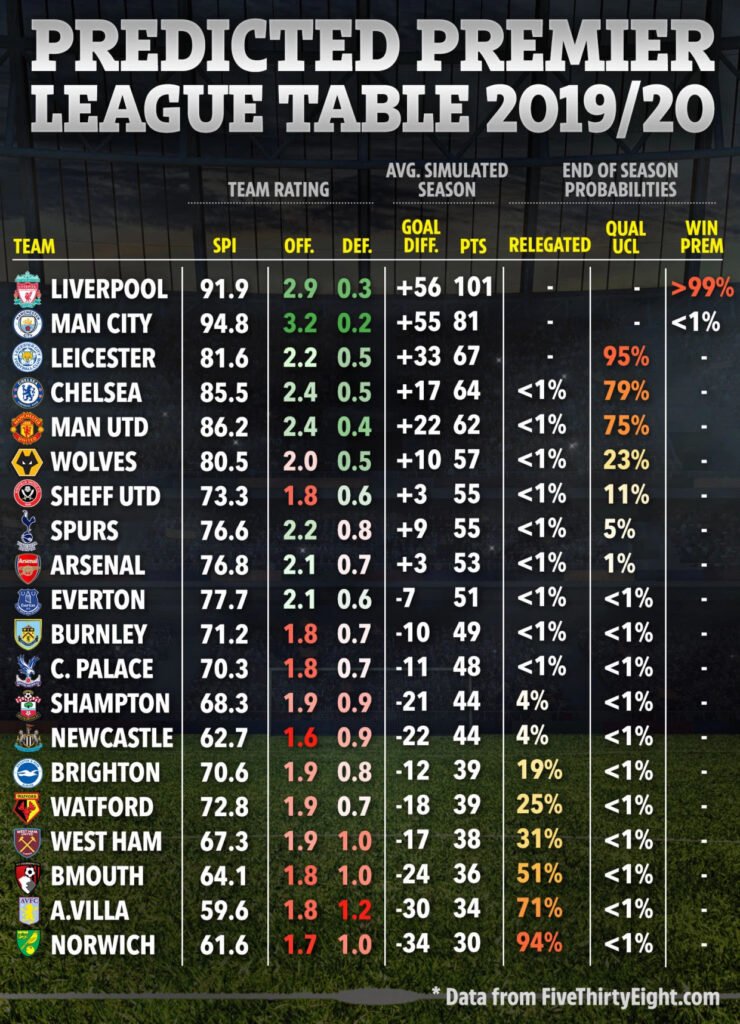 West Ham should narrowly survive in the Premier League  if a new prediction model is to be believed.

The model created by FiveThirtyEight uses previous team data collated to simulate the remaining games of the season and produce a final Premier League table for the campaign currently suspended.

With Manchester City, who retained second spot, currently banned from European football, a fifth-place finish for their rivals Manchester United would be enough to claim a place in the Champions League assuming it goes ahead next season.

Leicester, Chelsea and Liverpool took up the remaining qualification places with the latter unsurprisingly hanging on to claim the  Premier League title.

Further down the table, Spurs’ 55 points was enough to beat Arsenal, on 53, to eighth place and claim a Europa League spot.

While at the bottom of the table, things did not go well for Bournemouth, Aston Villa and Norwich who were relegated.

West Ham managed a narrow escape to finish 17th on 38 points while the doomed trio finished on 36, 34 and 30 respectively.