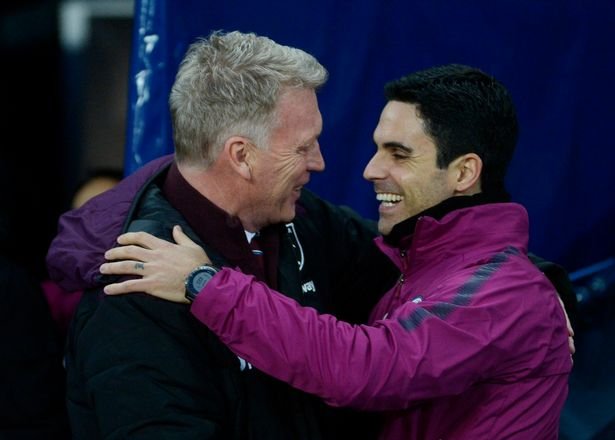 The Hammers have won just three of the past 24 home league meetings.

Arsenal could register a 12th Premier League double over West Ham, more than against any other side.

West Ham could lose consecutive league games for the first time since their opening two matches this season. The second of those defeats came against Arsenal.

They have earned eight league victories in 2021, second only to leaders Manchester City.

The Hammers have won five of their past six Premier League home matches, including the last three in a row.

They last won four consecutive top-flight home fixtures in May 2002, under the late Glenn Roeder.

This is only the fourth time West Ham have faced Arsenal when above them in the table; they are winless in the previous three.

David Moyes has won just four of his 31 league fixtures against Arsenal, drawing eight and losing 19.

Arsenal have lost eight of 14 games against fellow sides who start the weekend in the top 10, winning five and drawing one.

The Gunners have conceded at least once in each of their past seven league matches.

All five of their most recent league losses, dating back to December, have been by a single-goal margin.

Alexandre Lacazette has scored four goals in his past five league appearances versus West Ham, including in his last two.