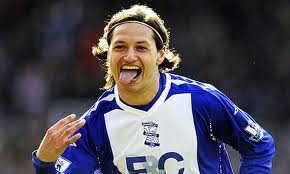 The club has announced that the striker and club have agreed he can leave “by mutual consent.”

When the move was first mooted there was talk of a fee of around £5m – £7 million but generally a “mutual consent” arrangement suggests that the move will be either on loan or become a ‘free transfer.’

Zaretta has been freely quoted as claiming he wants to join play in the Premier League but in a downplayed comment to Sky Sports added significantly: “Maybe I will join West Ham United”

And it adds, unusually that Zarata has promised to make a significant monetary donation to be applied to the completion of a new gym to Amateur Football being built in the Olympic Village.

At no stage does it mention any contact with West Ham or any other club raising concerns that the transfer talk could be driven by agents to create more interest in the striker.

ClaretandHugh continues to make inquiries in Argentina and at home and will attempt to bring regular updates.