Amazing away support for the Hammers

Posted by Sean Whetstone on August 13, 2017 in News, Whispers 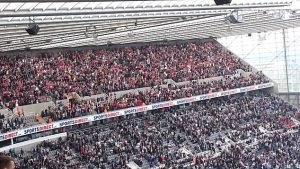 West Ham have sold out over 9,400 away tickets taking their full allocation and selling out for the first three Premier League games which are played away this season because of the IAAF World Championships which finished today.

Over 3,000 West Ham away fans are expected to travel to Manchester today to watch the Hammers open their Premier League campaign at Old Trafford. 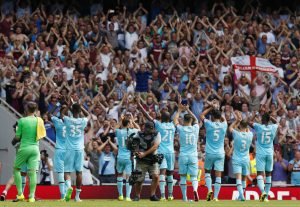 Details of West Ham’s league cup away allocation against Cheltenham Town have yet to be released but there has to be a good chance this will sell out too despite being a mid week game.

Possibly more impressive is the 3,200 allocation sold out for our game against Newcastle on 26th August, a round trip of up to 600 miles for many.  We truly have one of the most dedicated and loyal away army in the Premier League. We salute your dedication!