Posted by Sean Whetstone on October 16, 2016 in News, Whispers 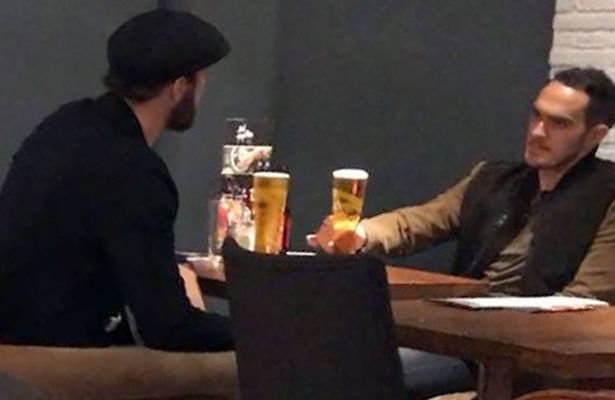 West Ham striker Andy Carroll has been pictured out drinking again. The photos and video published by the Daily Mirror show Carroll and former Hammer Joey O’Brien drinking pints in the Slug and Lettuce pub in Canary Wharf as the Hammers beat Crystal Palace win on Saturday.

There will be raised eyebrows that Andy Carroll has allowed himself to seen photographed drinking alcohol in such a public place just weeks after he was accused of pulling an all nighter with Darren Randolph after a manager authorised night out.

Slaven Bilic has not yet concluded his investigation into the previous night out saying “It’s still not over. It is an old story and it is not very important now,” he said. “It is not done yet. It is not easy, I can’t do the investigation because it didn’t happen on the pitch. I’m going to react but it isn’t done and I don’t think about that at the moment, I am thinking about our next game. I can only repeat what I said before, it was my decision. If they stepped out of the line of the rules of our club, they will be punished.”

As a young 22 year old Carroll once told an interviewer “I have made some mistakes but they are all behind me. I have just got to move on into the future. I don’t mind a pint now and again, but that is the way I have been brought up; that’s who I am and I am not really going to change. I’ll be the person I am. I am just going to carry on playing my football, keep my head down and do it at the right time. That’s the point, I know the right time to do it, and I know when not to.”