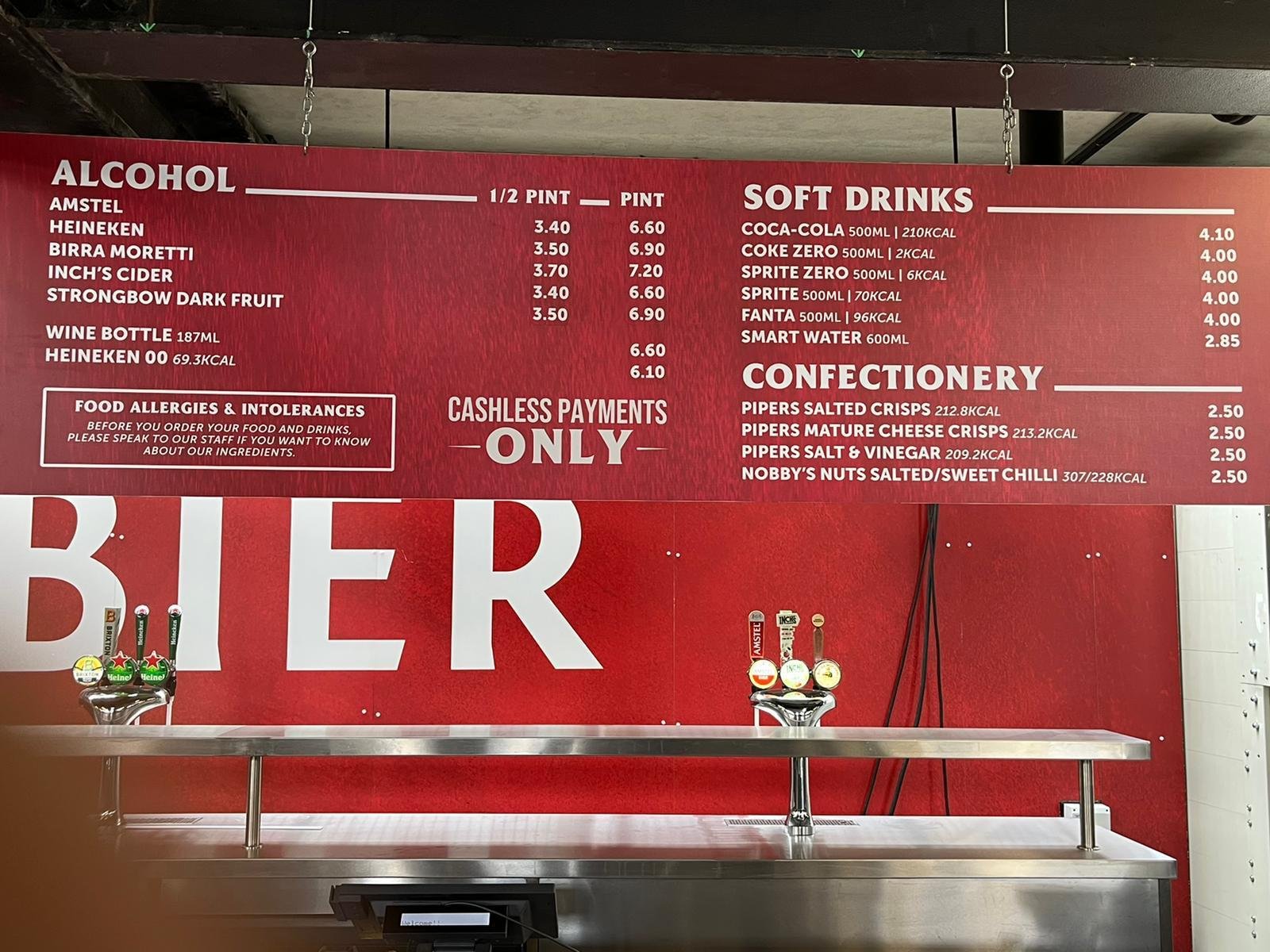 Beer prices have been slightly reduced at the London Stadium for tonight’s game for West Ham’s encounter with Viborg but it’s not nearly enough.

The cheapest beer ‘Amstel’ has been reduced from £6.80 per pint to £6.60 per pint but by our calculation, the mean average should be £5.75 when compared to other London clubs

The cheapest cider has also dropped by twenty pence to £6.60 with Dark Fruit Cider staying at £6.90 while Wine also remains  priced at £6.60.

Soft drinks and confectionery prices have not changed since the Manchester City game on the first day of the season at the London Stadium which caused the uproar on  catering pricing.

It looks like West Ham will now have to start legal action with stadium owner E20 Stadium LLP to enforce the comparable clubs’ clause contained in the 2013 concessionaire agreement.

West Ham have a  very good record on legal challenges with the London stadium owners losing every case bought against them while spending millions of tax payers money in legal fees to defend hopeless cases.