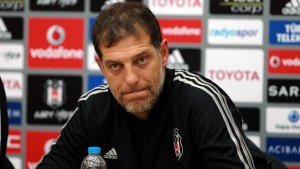 Slaven Bilic told talkSport today: “The main thing is to stay away from injuries and, if we do that, we have a really good team that can compete with any team in the league.”

“We have a good squad, a big squad, and [it’s] 99 per cent [certain] we will leave it like this and make our signings in the summer. If something exceptional comes along, whether that’s a long-term deal for one great player, or a loan deal for a back-up player for six months, we will do it. But we won’t buy just because it’s the transfer window.”

On Monday Chairman’s son Jack Sullivan tweeted out : “All our wage Cap is spent, so unless somebody goes we have no wages to pay them under premier league rules” However Jack did add “Summer it’s different! We are hoping to have a big summer window!!”

Expect a quiet January transfer window but it won’t prevent us being linked with multiple players every day.