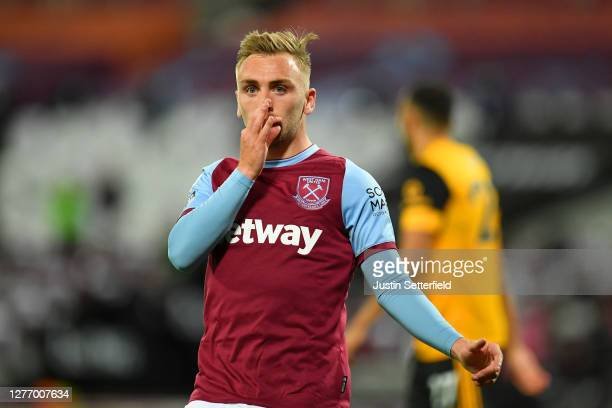 Jarrod Bowen has apologised for a ten year old tweet in which he used the N word!

The 25 year old Hammer used the expression in a tweet and has since seen the Football Association look into it.

The tweet re-emerged from a time when the West Ham forward was a 15-year-old playing in Hereford’s youth ranks.

The now-deleted post read: “That one friend that thinks their (sic) black #N*****please.”

In a statement issued on Friday morning Bowen said: “In 2012, when I was a 15-year-old kid, I posted an offensive and immature tweet. I wish to apologise unreservedly for the unacceptable content of that post, especially to all connected with West Ham United.

“This is not an example I wish to set and it certainly does not portray the values and principles that I hold.”

West Ham will deal with the matter internally.

The club said: “Equality, diversity and inclusion are at the heart of West Ham United, and our zero-tolerance approach to any form of discrimination is embedded across the club. The club takes matters of this nature extremely seriously.

“In regard to the tweet from 2012, we have spoken to Jarrod and he is aware of the club’s unequivocal stance in this area. He fully understands the requirements and responsibility upon him to always act in line with the club’s values. This will be dealt with internally.”

The FA, as part of their investigation, will ascertain whether Bowen would have been classed as a participant in the game at the time of the tweet. If it is decided that he was not, the issue falls outside of the governing body’s jurisdiction.

ClaretandHugh: Such issues have to be investigated but surely there should be no serious action taken against a guy who was 15 at the time he made such a disreputable and offensive comment. West Ham are 100 per cent right to state their policy on such issues and it shows the FA are fulfilling their responsibilities by looking at such cases but it’s inconceivable, one would imagine, that serious action despite some feeling that perhaps it should be taken.