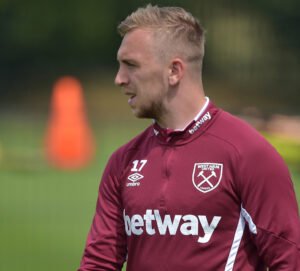 Jarrod Bowen’s performances and attitudes have been spot on since he became a hammer and despite the difficult issues brought on by the Covid 19 break he continues to impress immensely.

Two assists in the game against Chelsea and his determination to help all over the pitch is precisely what’s needed as as we head for newcastle this afternoon he remains positive, determined and ready to give the lot.

He’s the best winter signing we;ve made in years and along with Tomas soucek is one of the reasons i have always felt we will survive this – the most difficult of seasons.

Hull City’s slide down the Championship tells its own story since he became a hammer – Bowen is a top player who will only get better and better.

He could hardly have had a trickier start to his life as a hammer but he already sounds as though he has become one of the most dedicated players in the squad.

Speaking at https://www.whufc.com/news/articles/2020/july/05-july/jarrod-bowen-newcastle-family-mottos-and-premier-league-lessons he said: The character in the group is massive. Although things went against us on Wednesday, such as not getting the decision we wanted with the disallowed goal, to kick on from that and equalise before going in at half-time was massive for us. It really gave us a bit of confidence going into the second half of that game.”

“The next four games now are games that we want to get maximum points from and can really step away from the dogfight we’re currently in. We’re going into a tough game but if we show our work-rate and character and performance levels, we know we can take maximum points.

“We want to try and win the next four and if we win the next four, we will be good. We’ve just got to take each game as it comes and not get too ahead of ourselves. There is still a lot of work to be done. There are six games left – six cup finals – and we want to take maximum points from all of them.”

He reflected: “It’s been a bit of a weird journey for me. I signed and played four games, but then obviously the whole lockdown and COVID-19 halted my momentum.

“Then the games started again and I’m still proving myself to my teammates and to the West Ham fans. It’s still early days. I’ve only played six or seven games for West Ham and I’m still learning the speed of the Premier League and the requirements of it. But I’m feeling good and I’m in a good place.

“I’m still trying to adapt. I’ve not got many Premier League matches under my belt, but I earned the opportunity to join West Ham and play in the Premier League. Every day in training is a new lesson and a new learning curve. I’m just trying to play the best I can for the team and get us out of the position we are in.”