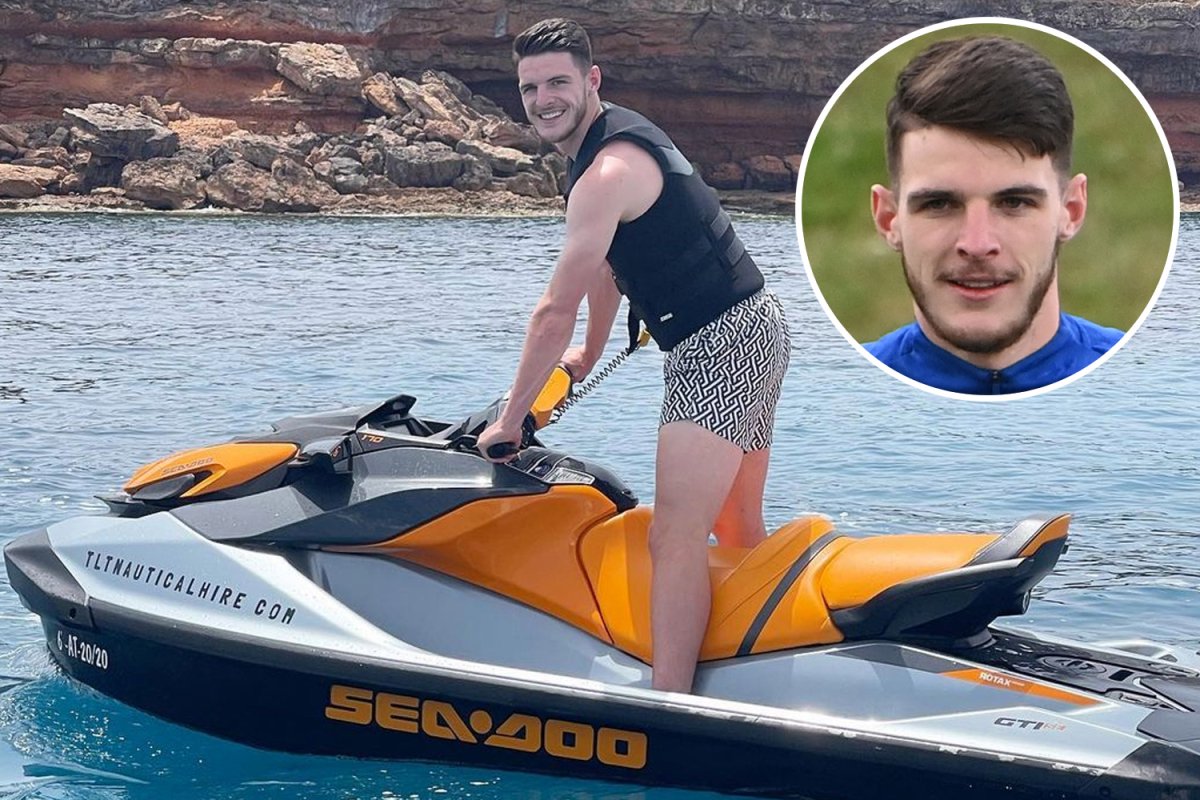 Hammer Declan Rice will report back to West Ham for pre-season training on Monday morning at Rush Green to undergo testing, weigh-in, medical screening and checks.  He is the final senior member of the squad to return beyond Winston Reid who is out in Japan at the Olympics and unlikely to be Moyes plans.

Following England’s exit from the Euro 2020 final against Italy in Wembley Rice flew out to the Greek island of Mykonos on a lads holiday with some of the England team, he then flew by private jet to the Spanish island of Ibiza to spend time with his long term girlfriend Lauren Fryer on a romantic break.

The 22-year-old has been the subject of fever pitch speculation concerning his future but looks set to stay at West Ham to start the season.

West Ham hasn’t changed their stance, he is a contracted player, he is not for sale and no formal enquiry or bid has been received.