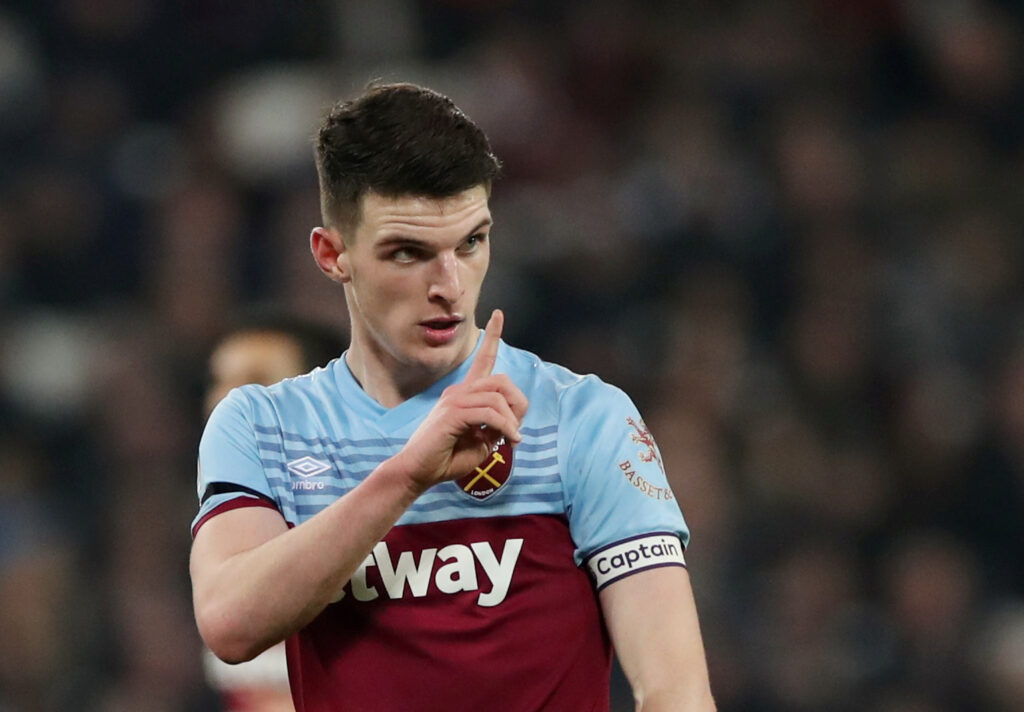 Declan Rice has given his clearest view yet on what he wants from his career.

And much is clearly going to depend on how the Hammers end this season and probably next.

So much has been written about moves to the top four that it has become incredibly boring but like every other quality player Declan has one huge ambition.

It could be achieved by the end of this season with the first of a possible three points from 12 games on the line against Everton – still outsiders for a position in Europe.

Declan has proved to be a player who explains his positions very clearly and his position on what comes next for him will be of huge interest to the Irons fanbase.

He made his position very clear and it is now up to the squad over the next games and season to ensure that his and their dreams are realised.

Speaking to BBC’s MOTDx, the 22-year-old said: “To have that Champions League music playing, that’s where I want to be.

“It’s special, I can’t really describe it to be honest. As a kid it’s your dream, first of all to play in the Premier League, but to be competing for the Champions League [as well].

“You know West Ham, people say (we’re) a mid-table club and last three seasons we’ve been battling relegation. But this, what we’re doing now, has always been there. It was just about when. We’re on fire.

“We’re on course to have West Ham’s best ever season in the Premier League. That in itself is an achievement. There’s a great chance that we are going to get some sort of European spot.”