DG tells how Slav’s created a spirit to die for 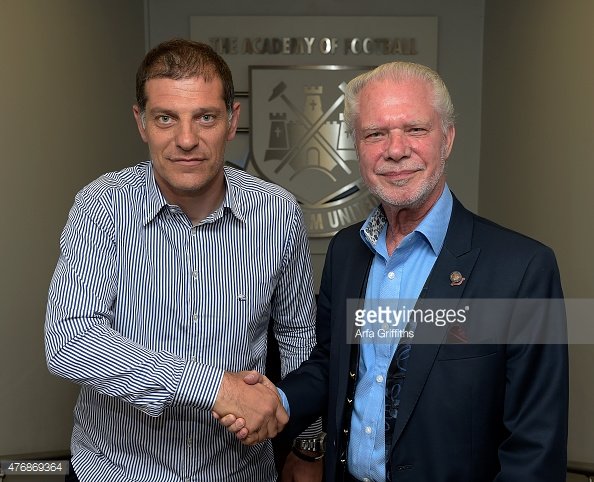 David Gold has tonight revealed how Slaven Bilic has created a dressing room spirit to die for.

The co chairman has appointed many senior managers in both his football and non football businesses but has never come across anyone quite like Slaven and says as a result the dressing room is a wonderful place to be,

He told ClaretandHugh exclusively: “He has such a range of qualities. He’s a huge man who immediately commands respect both as a former player and as a man.

“He has created  – I can think of no other way of putting it – a kissing and cuddling culture. It’s an infectious thing and nobody is excluded. Nobody sit alone or outside of it.

“These lads all get on tremendously well and the atmosphere and attitude towards each other is quite brilliant as a result. You don’t go around behaving like that if someone hasn’t created the atmosphere.

“Slaven will be one of the boys, high fiving and having fun but he is clearly the boss and knows exactly where the line is that doesn’t get crossed.

He has created something extraordinary and you saw it all out there against Everton today. This amazing season gets better and better.”

Asked directly whether this was the best West Ham team he’d seen Gold said: “I would have to say yes because it’s the NOW team and given what’s happening it fills your mind.

“It has to be the best or very close to it – look at the teams and quality we have beaten and every week something even more extraordinary happens.

You think you’ve reached the highest hight when beating Spurs but then comes a fightback like the one we saw today – it’s absolutely stunning from match to match.

And he smiled: “What next? A visit to Old Trafford in the FA Cup and another great victory I reckon.”