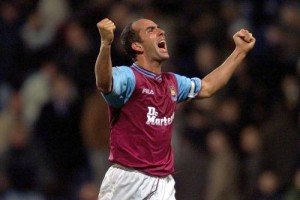 The West Ham legend has been out of work since leaving Sunderland in September 2013, but is  said to be keen to return to management again and his representatives sounded out the potential for him to become Steve Evans’ successor at the South Yorkshire club.

Di Canio left Sunderland after a whirlwind 13 games at the Stadium of Light where, after initially keeping them in the Premier League and famously masterminding a 3-0 Tyne-Wear derby success over Newcastle in the 2012-13 campaign, things turned sour the following season, with reports of a player revolt. He left after taking just one point from the opening five games of the season.

The Millers are on the look-out for a new manager after Evans surprisingly left his post on Monday after a success-laden three and a half years at the club. T

2 comments on “Di Canio wants to return to mangememt”