FA to wait for outcome of independent LS investigation 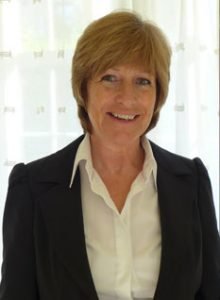 The FA will wait for the output of an independent investigation into troubles at the West Ham v Burnley game at the London Stadium before deciding whether to charge West Ham.

In an emergency West Ham Supporters’ Advisory Board in March Karren Brady confirmed that a full independent investigation is already underway into the security operation on that day. She said that it had has been confirmed by the Safety Advisory Group that there was a reduction in the number of stewards – in particular, those responsible for dealing with pitch incursions adding that there were lots of incidents, and resources were stretched to their absolute limit.

Stadium owners, operators and West Ham have jointly appointed a stewarding and security expert called Sue Watson to carry out the independent review of what went wrong on 10th March.  Watson is a security advisor for FIFA, the deputy safety officer for the Silverstone racing track as well as running her own stewarding and security consultancy business called Watson Associates.  Previously she has been responsible for crowd safety at Glasgow Commonwealth games, the safety office at the Olympic Park in 2012 as well as the safety officer at Leeds, Southampton and Middlesborough football clubs.