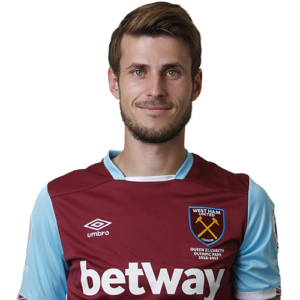 Former Hammer Havard Nordtveit could make his debut for Fulham tomorrow against his former team.

Nordtveit signed for the Hammers in July 2016 on a free transfer from Borussia Mönchengladbach signing a five year contract.

He made his official debut for the Hammers on 28 July in a 2–1 defeat to NK Domžale in the first leg of a Europa League qualifying match, playing the full 90 minutes.

A year later he completed a summer transfer to German Bundesliga side Hoffenheim for a fee reported to be £7.2m.

Nordtveit played 21 games in all competitions for the Hammers but the move never really worked out for the Norway international.

Hammers boss Slaven Bilic said at the time: “I would like to thank Havard for his commitment and hard work last season. He is an excellent professional and we wish him all the very best at Hoffenheim.”

Fulham signed Nordtveit on loan for the remainder of the season paying a £900,000 loan fee and picking up his wages.

One comment on “Former Hammer could make Fulham debut”