Posted by Sean Whetstone on April 9, 2020 in News, Whispers 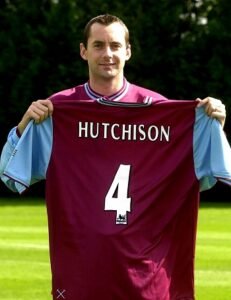 Former Hammer Don Hutchison believes it is not fair that politicians and the media focus on highly paid football players.

He raised the issue that wealthy musicians, film actors, bankers and the uber-wealthy with offshore bank accounts seem to be getting away scot-free from any criticism.

Hutch wrote on Twitter in response to the Players Together initiative  “I love this about our game! I could ramble on about other industries Music/Film/Bankers/Off shore account holders etc but I won’t. The majority of footballers are from a working-class background. They adore the beautiful game! Well played guys❤️⚽️”

Hutchison is the latest in a long line of former footballers to defend his former profession in light of protracted negotiations over possible pay cuts, deferments or donations from the top-flight players.

The chief executive of NHS Charities Together has welcomed Premier League players getting together to help the service cope with the impact of the  global health situation and said: “This is what footballers have always been like.”

2 comments on “Former Hammer speaks out for Premier League players”