Four Hammers in PA’s team of the week

The Press Association have gone one better than the BBC Sport by including four Hammers in their Premier League team of the week. In addition to the BBC’s Michail Antonio, Mark Noble and James Collins, PA have added Irons striker Andy Carroll to their team of the week.

On Andy Carroll they say “Fine display, particularly in the air, forcing saves and heading the winner”

Mark Noble: “Drove forward, delivered a great cross for a goal and made a vital difference”

James Collins: “Strong at the back as the Hammers completed a league double over Liverpool” 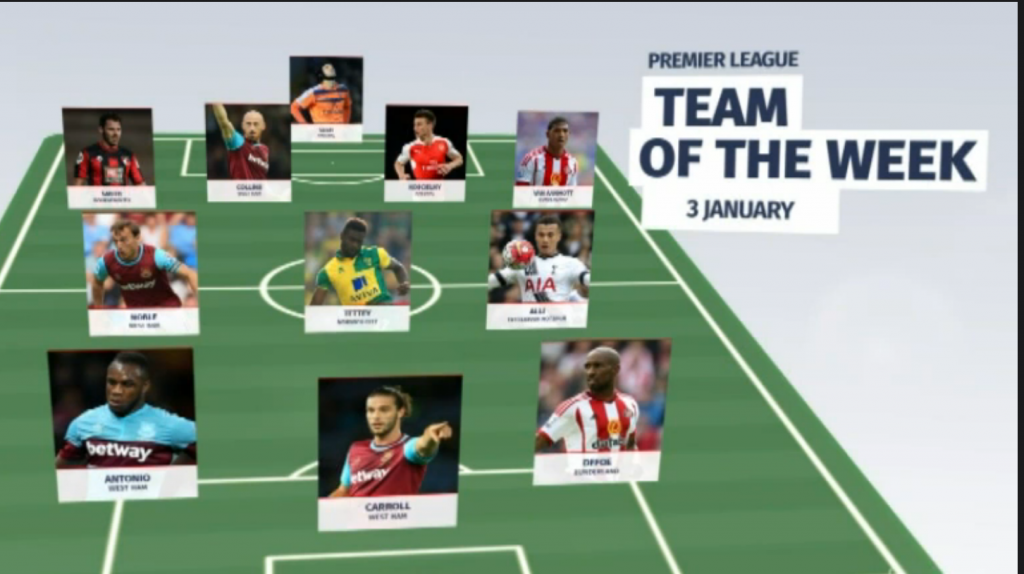