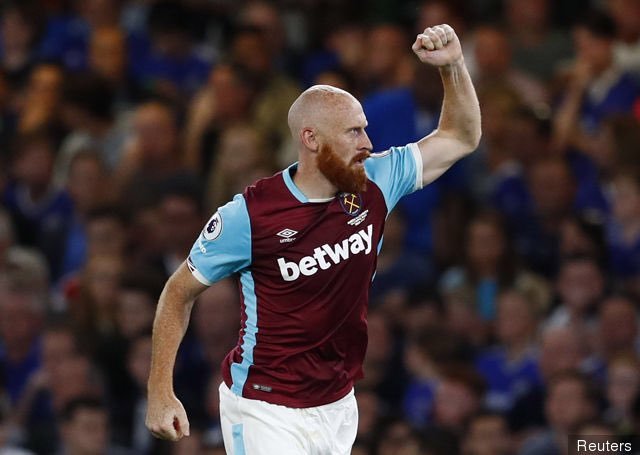 Birthday boy James Collins was named man of the match which probably wasn’t a true reflection of a game which which finally saw the Irons get a much needed win under their belts.

It was never THAT easy but late first half goals from Diafra Sakho – slowly coming back to his best – and Andre Ayew were enough to give us a place in the draw for the third round which unbelievably will be held at 4 am on Thursday morning.

Fair play to the League Two side they pushed and pressed  particurly in a first half when teenager Declan Rice was superb and looks the finest defender this club has produced since Rio Ferdinand.

He’s all class, control and composure and started the move for the first goal which saw a through ball from Noble found Sakho who slotted calmly.

Two minutes later Sak turned provider  to supply Ayew with the ball which he passed into the net – a goal which appeared to calm him as he grew into the game during the second half.

Rice was CandH’s man of the match and Byram too was very effective down the right side plus it was great to see Kouyate return for 20 minutes substituting Noble.

Adrian looked in decent nick without being truly tested and Ginge did more than enough to establish his claim to take over from Fonte at Newcastle this weekend.

A decent win and our first clean sheet which, given we have shipped seven far, was just as importnt . Lets hope the season starts here.