Posted by Sean Whetstone on March 23, 2018 in News, Whispers 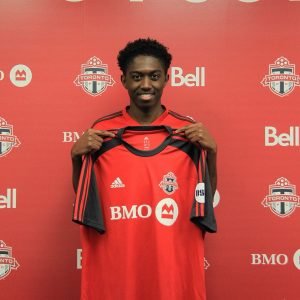 Canadian winger Malyk Hamilton has had his contract with West Ham terminated by mutual consent.

Hamilton first came to England for a trial for West Ham United when he was just ten years old. Papers at the Football Association published this week reveal he was released by the Hammers on 23rd February.  Hamilton made 25 appearances in the U-18 Premier League scoring once. He also made a brief appearance in the Premier League 2 for the Hammers. Hamilton has since signed his first professional contract with Toronto FC B team in early March.

Hamilton tweeted out “God has a purpose for your pain, a reason for your struggle, and a gift for your faithfulness… Who God bless, no man curse! Pleased to have signed my 1st professional contract with TFC!”