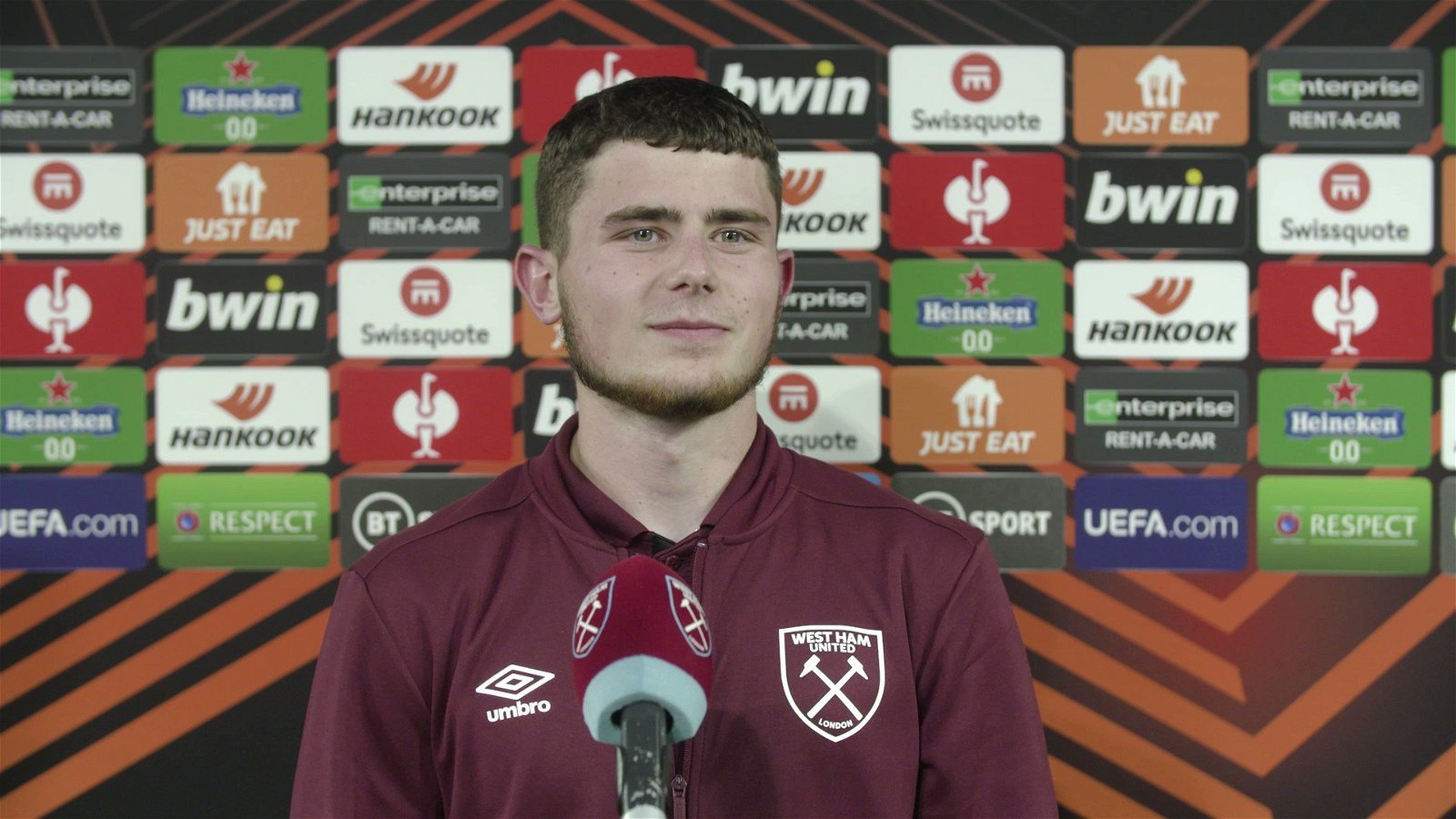 Dan Chesters made his senior debut on Thursday night when David Moyes bought him on the 89th minute during the Hammers 3-0 win over Genk.

And after the game Chesters revealed what the manager and skipper Noble said to him as he came on to make his debut.

“David gave me the shout and I’m just thankful for the opportunity,” Chesters told whufc.com.

“To be fair the crowd was hyping me up and giving me lots of encouragement so I was excited to get on the pitch. He (Moyes) said ‘just try to create an impact and have fun’…

“I think Nobes kept coming down the right hand side to try and get me on the ball as much as he could so I’d like to thank him as well.

The attacking midfielder capable of opening up the tightest of defences, Daniel Chesters signed a two-year scholarship in summer 2018.

Even before then, Chesters had impressed sufficiently to make his debut at U23 level in a Premier League 2 fixture with Liverpool in February 2018.

Having become a full-time footballer, the youngster featured 13 times in the U18 Premier League, Premier League 2 and EFL Trophy during the 2018/19 season, and remained a regular member of Kevin Keen’s U18 side in 2019/20.

His form at that level saw more regular opportunities open up with Dmitri Halajko’s U23s, with Chesters recording his first assist in Premier League 2 when showing all his pace to lead a counter-attack against Fulham U23s in December 2019. After impressing in both age groups during their title tilts, Chesters signed professional terms with the Club in the summer of 2020.

His first season as a full-time U23s player saw Chesters pick up a goal and an assist in 18 appearances in Premier League 2 Division 1 and the Papa John’s Trophy whilst playing in a variety of roles in midfield and – at times – as an auxiliary full-back.

3 comments on “Hammer thankful for debut”