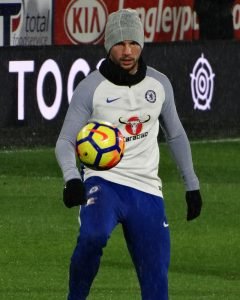 West Ham are reported as holding an interest in Chelsea midfielder Danny Drinkwater.

The story appears in The Sun this morning having been first reported by  Hammers ITK ExWHUemployee on Twitter.

It claims that Drinkwater – formerly at Leicester City is frustrated at his lack of game time following his £35 million move from the Foxes last season.

Whether the Irons board would cough up that sort of dough for the midfielder is another question given that the Blues are likely to want the cash they spent on signing him from City..

However, with a new manager likely to be arriving at the Bridge this summer it’s a fair shout with a 50/50 chance of perhaps becoming reality given David Moyes hunt for a top quality operator in the middle of the park.

Drinkwater – weaned at Manchester United – was put out on loan four times before moving to Leicester and on to Chelsea and has been capped on three occasions by England.