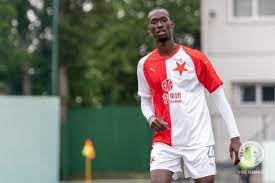 West Ham have stolen a serious march on the rest of the Premier League by snatching  Tomas Soucek and Vladimir Couval from the Czech market.

For it turns out that the midfielder was earning a mere €18k when at Slavia Prague whilst the right back was on a humble €10 million ahead of their moves from Slavia Prague.

ClaretandHugh understand that whilst the pair have trebled their salaries by joining the Hammers it has allowed the club to make a big start on reducing their weekly wage.

This, along with signing Jarrod Bowen from Hull, himself on around £15k a week at Hull has allowed to club to make some highly prudent savings on a wage bill which is currently being ravaged like all other clubs by the covid pandemic.

The Irons are still looking at the club for possible signing where goalkeeper Ondrej Kolar – known as The Rock – and 19 year old Senegalese striker Abdulla Dipo Sima – with nine goals already this season – could become targets.