Posted by Sean Whetstone on November 14, 2016 in News, Whispers 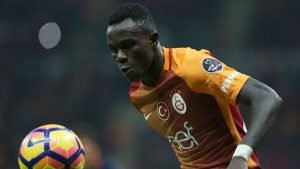 West Ham are weighing up move for Galatasaray’s Portuguese winger Bruma according to reports in Turkey.

Manchester United, Spurs, Chelsea and Arsenal are reportedly keeping tabs on the 21-year-old but the Hammers are considering a move

Bruma, rated at around £21.5million, impressed against Manchester United in a pre-season fixture and recent reports in Turkey claim Spurs, Arsenal, Chelsea and West Ham have all sent scouts to watch the player earlier this season.

Bruma, 21, has impressed in the Super Lig this season after spending last season on loan in La Liga with Real Sociedad.

Bruma has scored four goals in 10 games for Galatasaray this term. Galatasaray have tied him down to a contract until the end of next season and could be tempted to cash in rather than let his value drop.