West Ham are making it clear that despite suggestions Declan Rice may opt to  sign a new deal in the summer, things are more likely to happen in the opposite direction.

Declan has been commenting on his ambitions and that he may want to play Champions League football but the arrival of Mark Noble as football director has raised hopes he could stay. 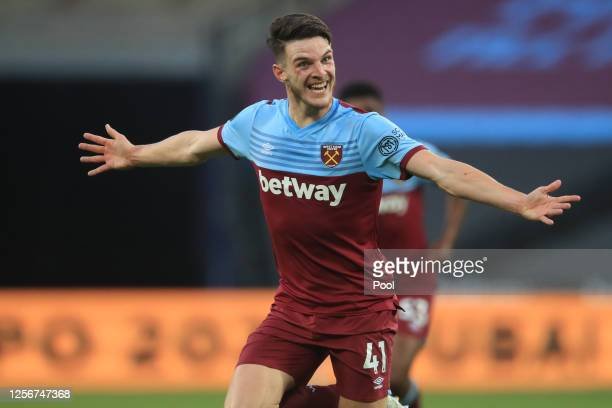 The Hammers are ready to offer even more than the £200,000 a week already on the table but our information is they are expecting him to leave regardless.

The scenario has not changed since last summer when Claret and Hugh was told that he would be here until the end of this season but that offers would be considered after that.

There are worries that with the club hovering above the relegation places a fall into the Championship would seriously affect both his price and those of others with clauses in their contracts claiming they would need to take a 50 per cent cut in wages were that to happen.

A key source told us: “The truth is we expect things to happen as far as Declan is concerned in the summer – sad though that may be.”