West Ham missed a handful of golden chances at Anfield as Liverpool beat the Hammers 1-0 on Saturday evening.

The Hammers went into the game well aware that a win would have hugely strengthened their top-four ambitions, especially with Manchester United playing league leaders Manchester City on Sunday. 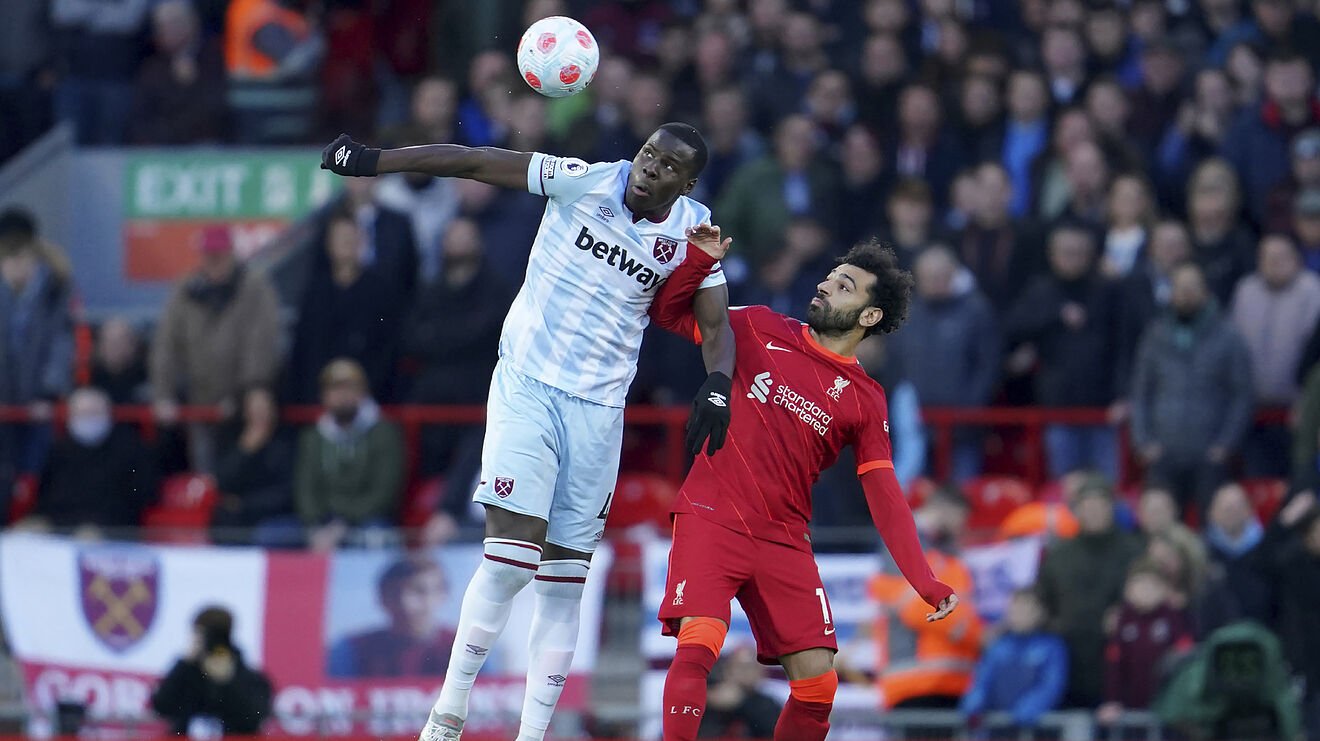 But they were unable to put the ball in the back of the net despite a variety of chances against the Reds, who have still yet to lose in 2022.

The winning goal came from Sadio Mane, who managed to capitalise on some lax defending to turn Trent Alexander-Arnold’s driven cross home, and beyond an already diving Lukasz Fabianski. VAR did check the goal for a potential offside but it was given, by the barest of margins.

Prior to half-time, West Ham probably should have equalised when Pablo Fornals was sent free by a brilliant Ben Johnson pass, but he tried to chip Alisson in the box and his shot was cleared off the line by Alexander-Arnold.

And in the second half, Manuel Lanzini had an even clearer chance, as he brought down a Tomas Soucek cross and sold Alexander-Arnold with a dummy before spooning an absolutely awful effort over the crossbar.

The Hammers played well throughout the second half in particular, regularly operating in Liverpool’s half, but the big story coming out of the game may well be Jarrod Bowen’s injury blow.

In the 51st minute, the winger went down and stayed there, indicating that he needed treatment from medics. They came on, and Bowen had to be helped off by two physios; he limped down the tunnel and there will be some anxiety over how serious the issue is.

The final real chance came on 80 minutes, when Mikey Antonio was sent through by an absolutely sensational Mark Noble pass but, again, he was thwarted by the Reds backline, as Andrew Robertson made an excellent tackle and then Naby Keita blocked his eventual shot.

On another day, the Hammers may well have won it. As it is, they’ve come away with absolutely nothing, and a huge injury blow to potentially contend with. A sickener.

One comment on “Hammers spurn huge chances in sickening defeat”