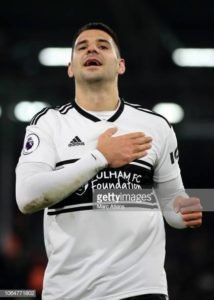 Maxi Gomez remains a big favourite among the fans as their choice of striker for the new Hammers season.

The Celta Vigo hitman has been tracked by the club since before the January window and was close to joining the club at that time.

However, we were unable to get the La Liga club to agree that we should sign him and loan him back in order to help the club in their relegation fight.

Since then there have been rumours that everybody from Spurs to Barcelona are keen but the Hammers remain the favourites to get him if he moves at all.

Other names have been in the frame and these include Michy Batshuayi, Aleksander Mitrovic, and Salomon Rondon.

The fans however, have been almost dismissive of the other three and still want Gomez at the London Stadium next season.

ClaretandHugh asked its followers which of the four they would prefer and 1,375 of over 2k voting went for the Vigo front man.