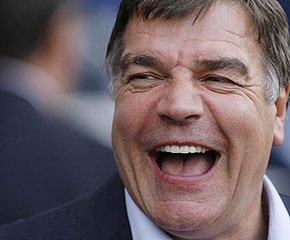 Sam Allardyce has admitted he didn’t believe the current League position was achievable  before the season started because of the number of new players at the club.

However, he has again emphasised the fantastic job the players have done declaring: “Our team spirit and family feel has played a part and everyone is on top of their game.”

Talking to the official site he said: “I think the Swansea performance typified that, we’re a very good team character wise as we came back from a goal down again. Our determination shone through as did our ability and quality.

“We don’t just play one way, we’re flexible and can adapt to the style we need to at that particular time. I think the lads have picked up on that really well and opposition defences don’t know what’s coming next. That causes unrest and I think our performance on Sunday was the best of the season.”

He has a lot of respect for Sunderland on their own patch adding: There hugely difficult at home, playing them away has been tough for us.

“They’ve been struggling for goals recently, I think Connor Wickham and Steven Fletcher would’ve wanted a few more goals than they’ve got and if they had they would have converted their draws to wins.

Hopefully we can keep those guys quiet on Saturday and deliver another good away performance.”