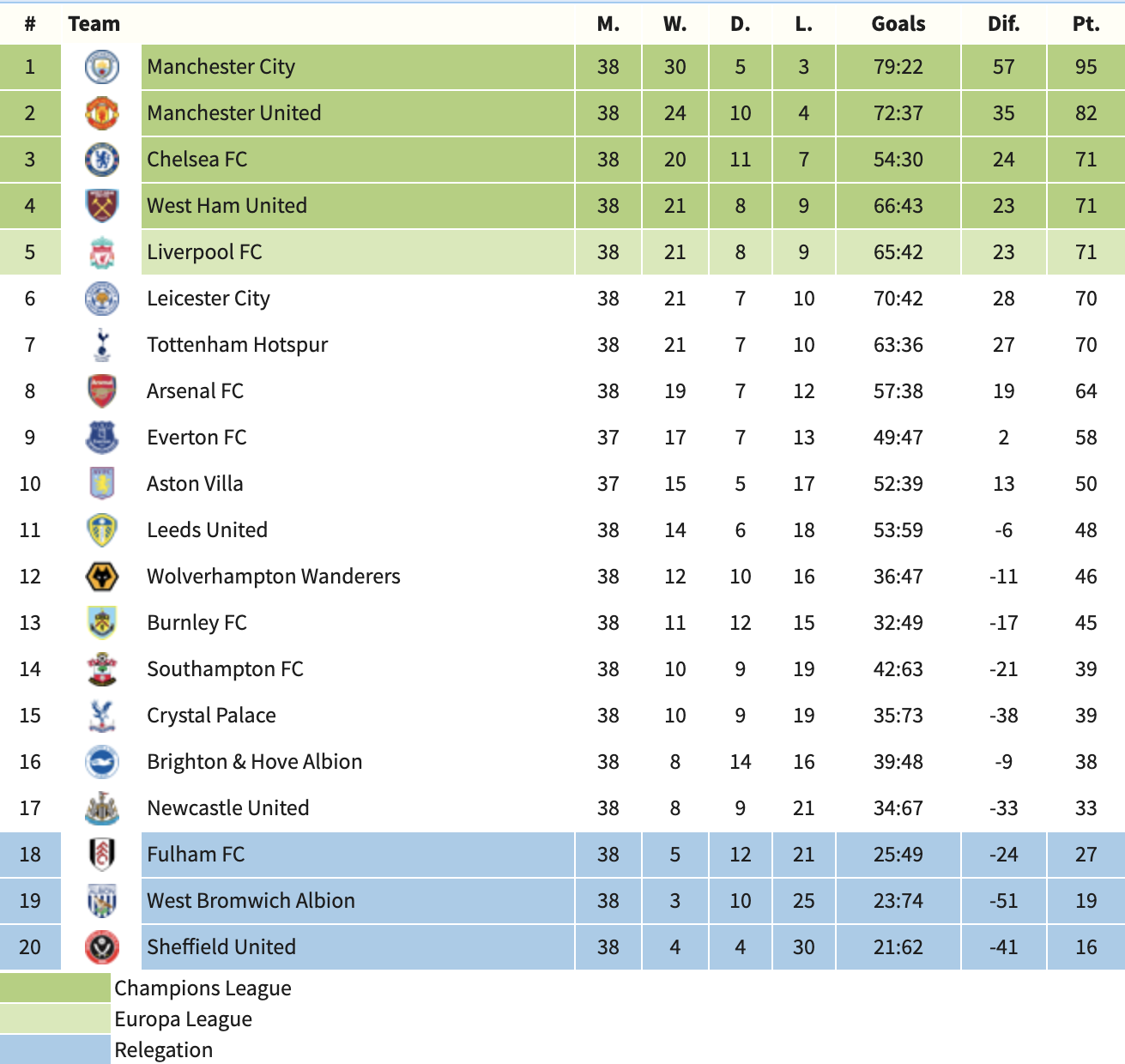 With just nine games remaining and West Ham in fifth place, it is now viable to predict the remaining games of the season.

One website from Football World allows you to quickly do just that but entering your predictions for the Premier League final fixtures.

Thee predictions can be very subjective but the first one we will share the optimistic Claret and Hugh Associate Editor Sean Whetstone who has predicted a Champions League place for the Hammers in the final standings.

In Sean’s predictions, Manchester City win the title on 95 points with Manchester United second on 82 points.

Chelsea is placed third on 71 points just above West Ham on the same points but inferior goal difference of one goal.

Liverpool is placed fifth on the same points and goal difference but loses out on goals scored.

Leciester City drops down the sixth on 70 points beating Spurs to seventh place also on 70 points but with inferior goal difference.

Do your own predictions HERE at Football World and we will share some of the best.

We will also get Hugh, Josh, Dave and Alan to do theirs over the International break!

← PL is stopped for England v the Dog and Duck!
Premier League has important decision to make →
Click Here for Comments >