Irons preparing for Round of 16

West Ham have a small selection of players who still have their World Cup dreams alive and kicking.

Declan Rice, for example, is set to play for England against Senegal on Sunday, as the Three Lions bid to end 56 years of hurt. 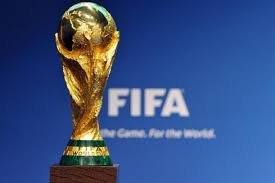 Lucas Paqueta and Brazil have also qualified from their group, and are set to play South Korea on Monday as they look to continue what has been an impressive tournament thus far.

Alphonse Areola is also through with France and they will face Poland, although one has to think he will be on the bench.

Morocco pulled up trees in the group stages and have qualified for the knockout stages, where they are set to play Spain, in what could really be termed as a local derby. Nayef Aguerd will be central to their hopes of progression.

Thilo Kehrer was the other Hammer at the tournament but he and Germany were eliminated in the group stages.