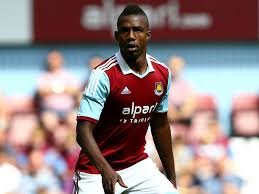 West Ham have this morning denied that Modibo Maiga can be sent back to Upton Park after going AWOL from Metz.

The misfit striker failed to appear for the clash again Marseilles after being named as a sub after an alleged bust up with the Metz coach. Metz were beaten 3-1.

There were reports that the player was on his way back to Upton Park but Hammers sources denied any knowledge of his whereabouts.

This morning – ahead of a Metz disciplinary hearing – The Sun is reporting that the player could be sent back to West Ham for breaking his contract.

However, ClaretandHugh was told by a top Hammers source: “There’s nothing of that nature in the deal and as far as we are concerned he is a Metz player until the end of the season.”