Irons to send ‘hands off’ message for wanted man 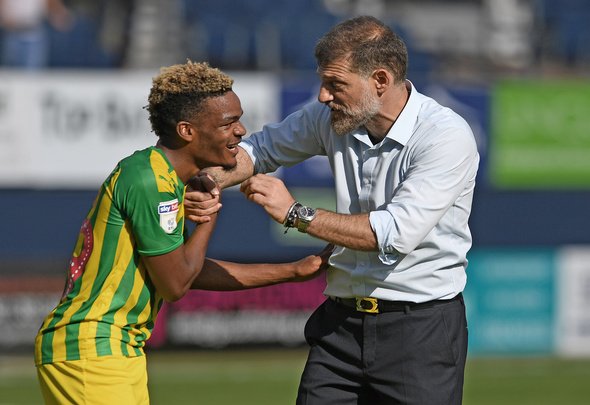 West Brom boss Slaven Bilic is still holding on to lingering hopes that he can sign Grady Diangana should the Baggies be promoted.

The Hammers academy product will continue his loan spell with the Championship outfit should the competition restart but as things stand the Black Country outfit would be promoted as things stand.

In the event of that happening, and were the Irons to be relegated, Bilic may chance his arm with a possible bid but would have no luck.

With Grady having shown himself to be highly effective at that level – along with Josh Cullen at Charlton – David Moyes will looking at him to play a major role.

Should, in the more likely event of the Irons staying up, Diangana – even in the current circumstances-  would cost more than the £10 million Albion have been reported as being ready to offer.

A CandH source close to the Baggies said: “Grady has been brilliant for us and Slaven would love to sign him but it looks an unlikely scenario give the possible scenarios and current cash crisis in the game.”

And a London Stadium source told us on the phone: “Grady was sent to the club to gain precisely the sort of experience he has – we have no intention of selling.”