Lampard snr: No one will fancy Irons Cup clash 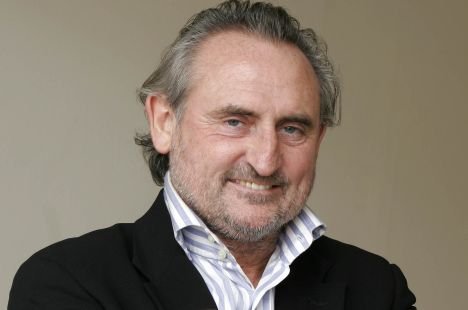 Frank Lampard senior at his home in Chelsea

Not many know more about West Ham FA Cup success that Frank Lampard snr – a winner in 1975 and 1980.

Frank was an Irons star for 18 years between 1967 and 1985 making 551 appearances for 18 goals before becoming assistant boss to Harry Redknapp.

And in a rare interview with Steve Stammers in the Sunday Mirror today he says:  “Let’s be honest, West Ham were never really a club that was going to win the league. But the FA Cup – that was different.

“If West Ham managed to win it this season, it would be the ultimate. It would be great if the FA Cup was on show at the new ground, wouldn’t it? It would be fantastic for the club and the supporters.

“I hope they can do it – and I think they can. I will tell you one thing – no one will want to play West Ham in the FA Cup  this year.”

He sees a big change in the Hammers these days declaring: “West Ham are more resolute these days” and salutes the impact Bilic has made in his first season in charge.

He knows him well from the days they worked together saying: “He was a defender and he was a thinker. I was impressed with him then and I am just as impressed with what he has done since taking over as manager.

“I like the physical strength that West Ham have now. I have seen them quite a few times and I like the way the defence is organised.

“Aaron Cresswell rarely has a bad game and I have been impressed by the new young full-back Sam Byram. In the middle they have the likes of James Collins, Angelo Ogbonna, Winston Reid and James Tomkins. A lot of options.

“And Mark Noble has been outstanding. He steadies the ship in midfield and Cheikhou Kouyate has been a great signing. But it is the way they are organised at the back that has impressed me.

“It used to be the case for many years that West Ham would need to score four because they had let in three! Not now. Slaven has them so well organised. And all over the team, they have pace – and players who can use that pace.

“Dimitri Payet has been outstanding as have the attacking players around him. There is a good shape to the squad. They have one or two players who can get into the box.”